New Munich, a city in section 18 of Oak Township, was founded about 1856 and incorporated on January 28, 1896; its post office was established in 1859 as Oak and changed to New Munich in 1863; it had a station of the Soo Line. "It received its name from a Bavarian hunter, who came from Munich, Bavaria, and stayed with the first settlers for several years"

Hungarian immigrant Mathew Pitzl bought a New Munich Brewery in 1900 at the current intersection of Main Street and Seventh Avenue. for $5,500. Thanks to Pitzl's renovations and branding of Weiner Lager Beer, the Pitzl Brewing Co. became Minnesota third-largest beer producer by 1910.

The Pitzl Brewery of New Munich was charged with illegally selling beer in 1924. The remaining products were destroyed but during one of the raids federal prohibition agent Albert Whitney suffered a fractured skull. Owner Mathew Pitzl moved the brewery equipment to Estevan, Saskatchewan in Canada via a 14-car Soo Line train.

Pitzl died in Canada in 1931. His remains were returned to New Munich for a funeral. An attempt to resurrect the brewery in 1933 failed. 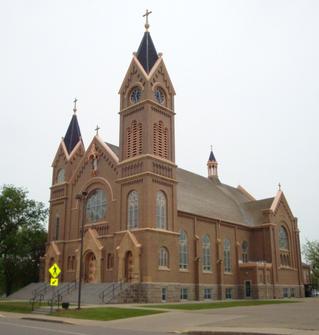 According to the United States Census Bureau, the city has a total area of 0.53 square miles, all of it land.

State Highway 237 (Main Street); and Stearns County Roads 12 and 30 are three of the main routes in the community. Interstate Highway 94 is nearby.

There were 124 households of which 34.7% had children under the age of 18 living with them, 55.6% were married couples living together, 4.0% had a female householder with no husband present, 7.3% had a male householder with no wife present, and 33.1% were non-families. 24.2% of all households were made up of individuals and 12.9% had someone living alone who was 65 years of age or older. The average household size was 2.52 and the average family size was 3.02. 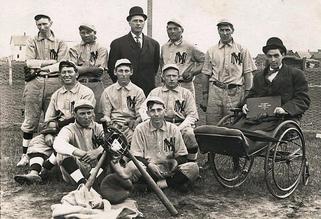 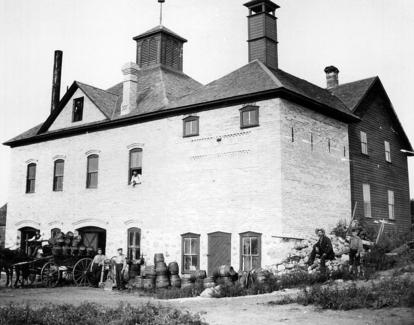